A female entrepreneur living in Hiroshima, Japan.
At the age of 10, she had cerebral hemorrhage due to a traffic accident, but miraculously survived.
She had her gratitude for being alive, so she aimed to be an entrepreneur who would be useful to society.

During the time as a student, she started her own business on personnel training for female as well as manpower dispatch agency using her experience of being selected for Miss JR Hiroshima. And it was deployed nationwide with 800 staff.

She worked as a television personality in NHK after graduation.

In 1996, she founded TSP Co., Ltd.
After the Great East Japan Earthquake, we realized the importance of promoting renewable energy and she started a solar power plant brokerage business nationwide.
It is well received as a solid investment that can contribute to environmental preservation while making use of national policies and obtaining stable profits.

In 2009, she launched the Peace Piece Project.
She challenged the world’s largest paper crane Guinness record and was registered in the Guinness Record the following year (and still holds it).
Since that time, she wears pink clothes 365 days a year with the hope that everyone who meets her will be happy (because in color psychology, pink is said that you can be happy just by looking at it).
She is the # 1 Google search “Pink Shacho”. * Shacho means president

Brain hemorrhage due to traffic accident.
To express gratitude being alive, has aimed to become an entrepreneur who is useful for society.

By the atomic bomb, my great-grandmother lost everything and my mother who was still young at that time lost her parents.
My great-grandmother rebuilt her business while raising my mother.
I grew up watching her way of living.
“I also want to become an entrepreneur who can help those who are important like a great-grandmother!”
I had a desire to start a business since I was three years old. 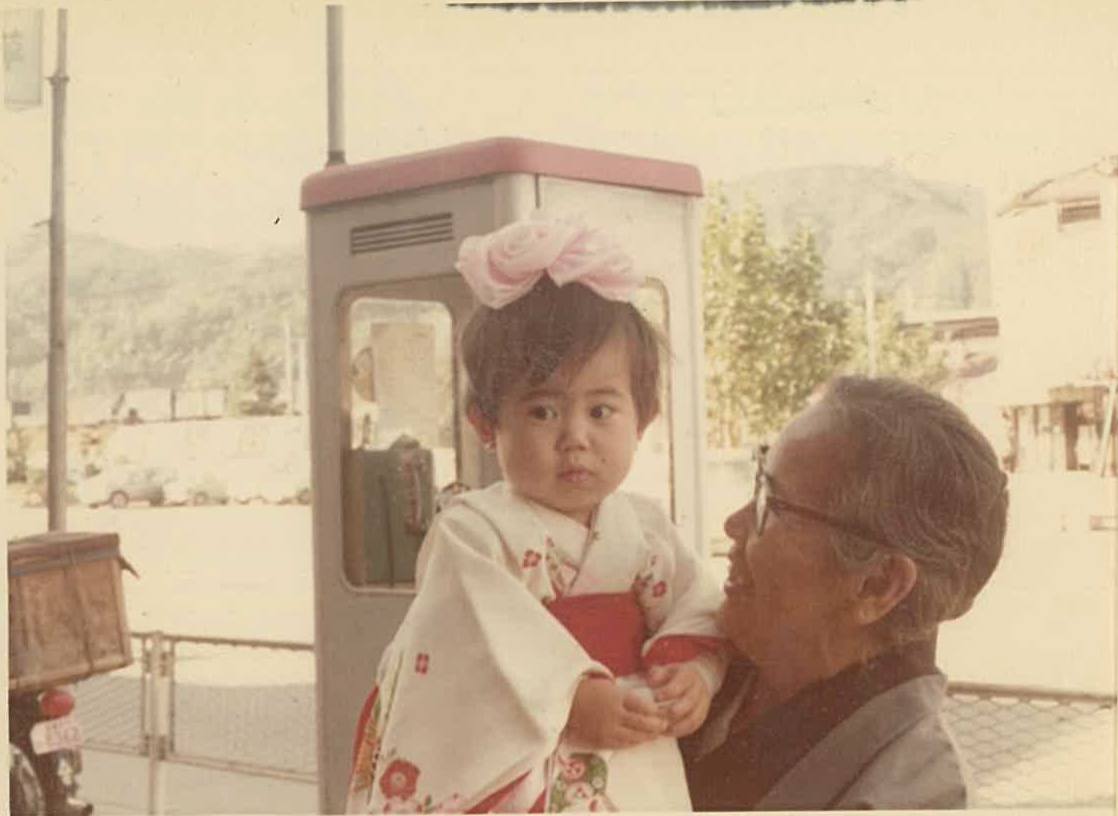 When I was ten years old, I became a dying heavy body due to brain hemorrhage due to a bicycle traffic accident,
I wandered the boundary of life and death.
The doctor declared that my survival probability is several% and even if I am lucky I would be bedridden or half-paralyzed.

However I was allowed to leave the hospital in 2 weeks under the supervision of a great doctor.
It was miracle!
I experienced fear of death in the emergency ward hospital room where the neighboring hospital room people groan and drown every day.

After facing death, my view on life and death changed and I became to appreciate being alive.
I decided to make a “vow” to express my thanks being alive.
As a proof of that appreciation, I decided to aim for an entrepreneur who is useful to society.
I started reading the great mentions at the library and learning about “what kind of things would be useful for society” and “what kind of way of life is aimed”. 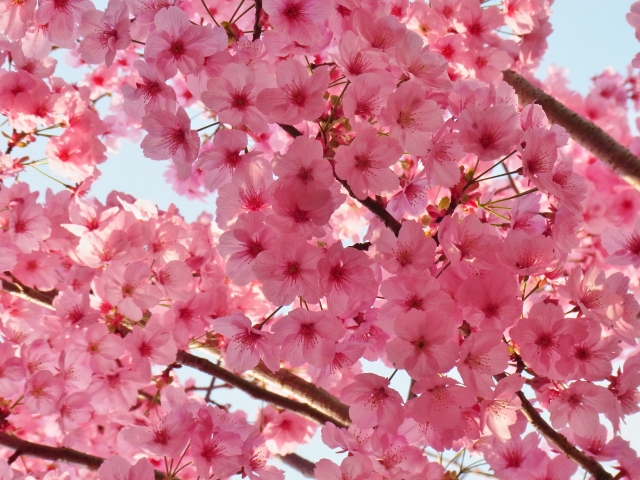 My mother was planning to let me go to the United States as a junior high school first grader, before I was born.
She let me experience various Japanese culture such as tea ceremony, flower arrangement, calligraphy, Aikido, Japanese music since I was a kindergarten.
At that time it was 250 dollars per dollar.
I think that it costed quite a bit.
Still, my mother seemed to want me to experience American culture.
My mother’s friend was an executive at Tokyo Bank.
The party at home was full of entrepreneurs of various nationalities.
I had the opportunity to meet such many nationalities entrepreneurs for the first time.
However, as everyone was shining so gently, the entrepreneur image in me improved even better.
Today, it is a water server that is also widely used in general households, but in American general households over 30 years ago there was one in one room.
Every time I touched a product that I never saw in Japan, such as disposable,
I felt a big business opportunity, “There are still many businesses that are not successful in Japan but I am successful in the US”.
The experience at this time gave me courage and confidence in my entrepreneurial work “new business has opportunities”. 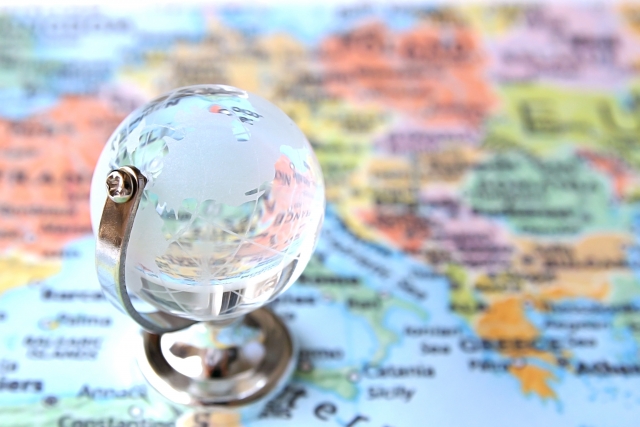 Since I was a high school student, I participated in a volunteer activity to guide the monument in Hiroshima’s Peace Memorial Park.
However, none of the materials conveyed only the misery of the atomic bombing of Hiroshima.
People who came to peace learning said,
“When I come to Hiroshima, I recall the history of the painful atomic bomb, so I do not want to come to Hiroshima any more.”

I have experienced sad times over and over.
“Hiroshima’s atomic bomb exhibition” is still being held in various countries all over the world.
There, Hiroshima, which became a burning field just after the atomic bombing, and only the miserable photo panels of burned people’s burns are displayed.

I felt the gap with the image of the current Hiroshima and became a big sorrow in me.
I learned that Hiroshima still remains the image of “Hiroshima of the A-bomb site” as symbolized by “Black Rain” including radiation, among people all over the world. And I got a big shock.
Hiroshima is not a city with only sad memories.
It is a “reconstruction city” full of hope that revived spectacularly from the rubble.
I was hoping that many people would know that Hiroshima is a city that wishes for peace. 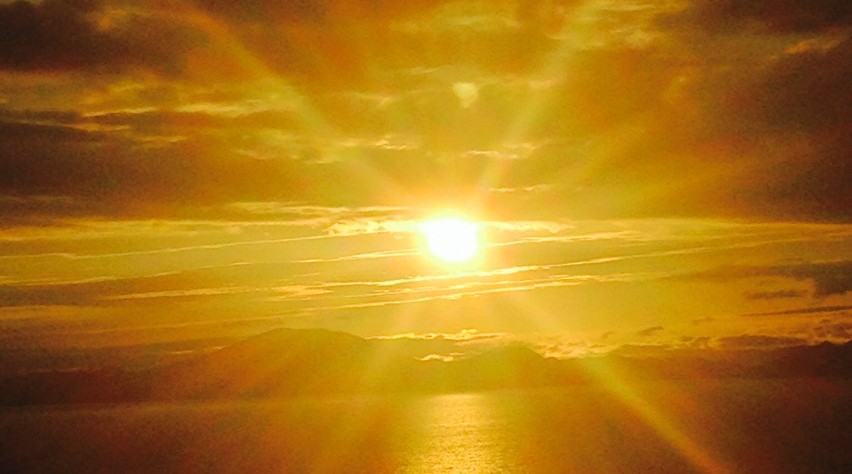 Wish for the happiness of the people, wearing pink clothes 365 days.
I came to be called “Pink Shacho”, from the time achieved the Guinness Record.。

When I was a junior high school student, my American friend said “Taeko is in the Pink”.
It began to wear pink clothes as a trigger.
I asked my friends the meaning of “in the pink”, he told me that it means “full of happiness.”
Besides, it was a wonderful meaning such as “being healthy” “perfect condition”. Pink is also used for color therapy and so on.
It is medically proven that carcinogenic substances are reduced by a factor of 10 by just looking at pink, and brain substances such as beta endorphin and dopamine are secreted.
It is a color with “the power to health”.

I am honored to have the same birthday as Mother Theresa.
When she received the Nobel Peace Prize,
someone asked her, “What should I do for world peace?” She answered,
“Go home love your family.”

I was very deeply impressed by her belief that we should “love the people we meet.”
I understood her words to mean that the more happy people there are, the closer we are to world peace.
As a practice of myself, in hopes of bringing some happiness to everyone I meet, I wear pink clothes 365 days a year.
In 2009, I prayed for world peace, challenged “world’s largest folded crane”, and the following year Guinness certification was done.
Since the press conference at that time, I wear pink clothes everyday on 365 days. I became known from everyone by the nickname “Pink Shacho.”

We started activities to raise hildren who create peace in 2009, with the aim of realizing world peace.
10 years have passed since our activity started. So far, we have been able to work on the following activities with so many children.

・Achieve a Guinness Record with the “World’s Largest Paper Crane”
・Formed a support team to invite the Olympics to Hiroshima and submitted over 600,000 signatures to the mayor
・Original and published a manga that tells the history of Japan’s recovery

At the milestone of the 70th year after the war, the Peace Piece Project turned into a foundation.

By the way, even if you hear “world peace”, some people may not have a concrete image.
It has been a long time since World War II. As a result, very few people directly experience the war and remember how they recover.
We must learn that peace is maintained by the efforts of many predecessors, and how they have built peace.

Globally, some 250 million children live in conflict-affected countries and regions.
Wherever the environment in which children are born and raised, creating an earth where they can live with peace of mind is a very urgent and important task.

The Peace Piece Project defines the realization of world peace as creating an earth where children can live with peace of mind.
And we are raising children who create peace to make it happen.

In 2015, the 70th anniversary of the atomic bombing,
I published the cartooon, “The Hiroshima Miracle,” which I wrote based on the true story of my mother and great-grandmother.

After World War II, Hiroshima underwent a miraculous revival in mental way and living environment aspects.
Despite the catastrophic situation, people have overcome the difficulties and have revived, by living positively with hope.
This cartoon was published with the theme of the importance of peace.
I pray that by sharing that historical fact, everyone will have forgiveness heart, respectful and respectful, not hatred.
We published a Japanese version in 2015, an English version in 2016, by own and French version in 2020 by crowdfunding.

Former US President Barack Obama, who won the Nobel Peace Prize, read the English version and gave us a thank-you letter saying “I was moved!” 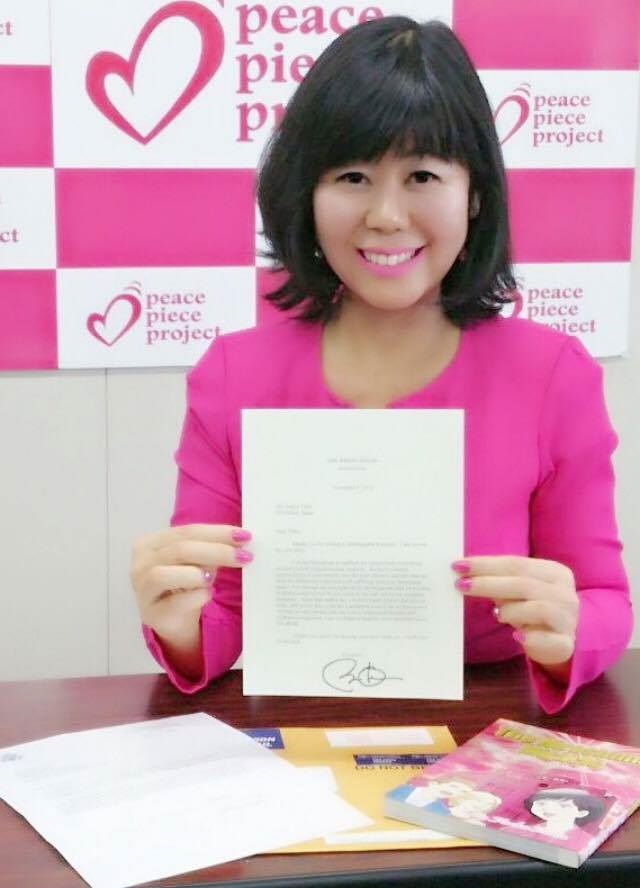 I sincerely hope that a peaceful world without conflict will be realized as soon as possible.
If you are interested, I would be honored if you could take it by hand and use it for peace learning.

Become our supporter and let’s achieve world peace together

In this way, we are promoting activities to raise children who create peace in order to achieve world peace.
If you could support our activities, please become our supporter.

We look forward to your participation.
I hope the future of children be a world full of love and peace.